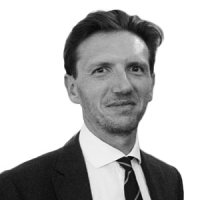 Aymeric de Moncuit is a partner at Mayer Brown in the Antitrust & Competition practice of the Brussels office. From 2014 to 2022, he was a référendaire at the Court of Justice of the European Union (General Court) in Luxembourg. Before joining the Court, Aymeric was a competition lawyer with Dentons and Norton Rose in Paris (2007-2010) and a case handler with the French Competition Authority (2010-2014). In addition to lecturing French and EU Competition Law in Panthéon-Assas, Aymeric regularly writes and speaks on EU litigation, State aid and competition/antitrust law topics. Aymeric graduated in law both in France (Panthéon-Sorbonne/Paris) and the UK (King’s College/London) and successfully completed the Program on Negotiation & Leadership (PON) at Harvard University. He is a non-practising member of the Paris bar.