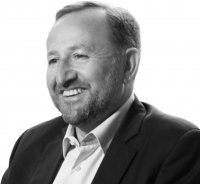 In June 2021 Carles Esteva Mosso joined the Brussels office of Latham & Watkins as a partner in the Antitrust & Competition Practice. He spent a large part of his previous career at the European Commission’s Directorate General for Competition (DG COMP), where he served in a variety of leadership positions, including as Deputy Director-General for Mergers between 2014-2019 and Deputy Director-General for State Aid between 2019 – 2021. Previously, he had been Director for Competition Policy and Strategy, and member of the Cabinet of the Commissioner for Competition Policy Mario Monti. Carles graduated in both Law and Economics at the Universidad de Barcelona and in Political Science at the Universitat Autònoma de Barcelona, before completing a Master’s Degree in EU Law at the Institut d’Etudes Européennes of the Université Libre in Brussels. After joining the Barcelona Bar, he worked in private practice for several years before starting at the European Commission in 1994. He has lectured on competition law at the Barcelona Graduate School of Economics and frequently speaks publicly and publishes on competition related topics.