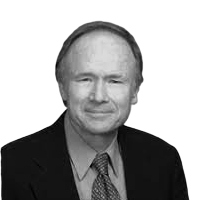 David J. Gerber is Distinguished Professor of Law at Chicago-Kent College of Law, Illinois Institute of Technology. Professor Gerber is currently President of the American Society of Comparative Law. He writes and teaches primarily in the areas of antitrust/competition law, comparative law, international economic law and globalization studies. He received his B.A. from Trinity College (Conn.), his M.A. from Yale, and his J.D. from the University of Chicago. In 2013 he was awarded the degree of Honorary Doctor of Laws by the University of Zurich, Switzerland. He has been a visiting professor at the law schools of the University of Pennsylvania, Northwestern University, and Washington University in the United States as well as on the law faculties of the University of Munich and Freiburg in Germany, Stockholm and Uppsala in Sweden, and the Global Law Faculty of Catolica University in Portugal. He is also a titular member of the International Academy of Comparative Law. He is a founding co-editor of the new books series American Society of Comparative Law Studies in Comparative Law. He was a member of the Executive Editorial Board of the American Journal of Comparative Law from its inception (2007) until 2014, and he is a member of the editorial board of the Journal of International Economic Law and Concurrences (France). Before beginning his teaching career, Professor Gerber practiced law in New York and in Europe.