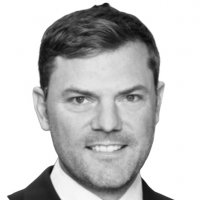 Frank Maeir-Rigaud has over 20 years of competition experience. Before joining ABC economics, he was Head of European Competition Economics at NERA, Berlin, for over 7 years where he led over 120 competition and regulatory cases for various clients. His experience also includes over 8 years as senior official in DG Competition, Brussels, dealing with many merger and in particular also Article 102 cases and over two years at the OECD Competition Division, Paris. His experience covers all sectors and all areas of competition and regulatory economics, notably competitive effects of mergers, cartels, quantification of damage, abuse of dominance and state aid, as well as vertical and horizontal restraints. He has acted as economic expert witness in front of national and international arbitration tribunals, the European courts and EU Member State courts. He has worked on a wide range of competition and regulatory matters including large national or EU-level merger cases such as the GE/Alstom transaction considered “Merger Control Matter of the Year 2015” by Global Competition Review, abuse of dominance and horizontal cases in front of the European Commission or national authorities and worked on some of the largest damages claims in the EU. In addition, he and his team worked on various state aid and vertical cases as well as national merger cases such as Reckitt Benckiser/KY in front of the CMA or cases in front of the Bundeskartellamt or the Autorité de la Concurrence. Frank is Full Professor in the Department of Economics and Quantitative Methods at the IÉSEG School of Management Paris and the Université Catholique de Lille, and a member of LEM-CNRS, the French Centre National de la Recherche Scientifique. He previously held academic positions at the Max Planck Institute in Bonn, Germany, the University of Bonn, Germany, at Indiana University Bloomington and at the University of California, Berkeley in the United States.