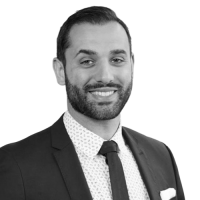 Gianni de Stefano is currently a Policy Officer at the European Commission. Prior he was the global Director Competition Law at AkzoNobel after being for over a decade an antitrust lawyer in International leading law firms. Previously, he worked as a counsel in the Antitrust, Competition and Economic Regulation practice at Hogan Lovells in Brussels, and advised companies on every major area of antitrust and competition law, including cartel investigations, complex multi-jurisdictional mergers and joint ventures, abuse of dominance and restrictive practices cases. In recent years Gianni managed global teams for second phase merger cases (e.g. the General Electric/Alstom case, which dealt with an unprecedented array of substantive, procedural, jurisdictional and political challenges in over 25 jurisdictions) as well as some of the most complex global cartel investigations (e.g. air cargo, automotive, smart card semiconductors and professional videotapes cases) at all levels (from the dawn raids to the decision on whether to apply for leniency, settle or respond to the allegations of the authorities, to subsequent litigation before the European Court of Justice). Gianni is a non-governmental advisor to the European Commission and the Italian competition authority within the International Competition Network, is an editor of the ’Journal of European Competition Law & Practice’ (at Oxford University Press), and a founder of ’antitrustitalia’, an association of professionals active in the antitrust area based in Brussels (which includes European Commission officials, in-house counsel, economists and private practitioners). Gianni holds degrees from the University of Bologna (law school), La Sorbonne in Paris (exchange program), College of Europe in Belgium (master of European Legal Studies) and New York (LL.M.), and is a qualified lawyer in Italy, Belgium and New York.