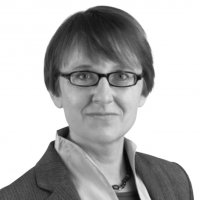 Heike Schweitzer holds a chair for private law, economic law and competition law at the Humboldt-University, Berlin. Before, she was professor at the Freie Universität Berlin (2014-2018), at the University of Mannheim (2010-2014) and at the European University Institute in Florence (2006-2010). She has published widely in the field of European and German competition law, including state aid law and regulatory law. Recently, her research has focused on the economic and legal implications of digitisation. From April 2018 – March 2019, Heike Schweitzer has acted as special advisor to Commissioner Vestager on future challenges of digitisation for competition policy. Together with Martin Schallbruch and Achim Wambach, she co-chaired the German governmental Commission “Competition Law 4.0”. Also, she advised the German Economic Ministry on the reform of the regime of abuse control in the context of the 10th amendment to the German Competition Law.