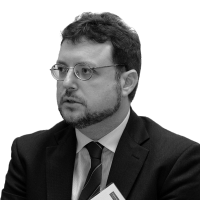 Ioannis Lianos serves as President of the Hellenic Competition Commission since September 2019. Moreover, Lianos is Professor, Chair of Global Competition Law and Public Policy at the Faculty of Laws, University College London (on leave). He is trained in both law and sociology. Professor Lianos is the founding director of the Centre for Law, Economics and Society (CLES) at UCL Laws and served as the executive director of the Jevons Institute of Competition Law & Economics at UCL. He was Chief Researcher, Skolkovo Laboratory on Law and Development, National Research University, Higher School of Economics and academic head of the BRICS Competition Law Project from 2014-2019. He was previously the Vincent Wright chair at Sciences Po Paris between 2018-2019. He has also held an Alexander von Humboldt fellowship at the WZB (Social Science Researh centre) in Berlin from 2014-2016. Between 2011 to 2014 he was the Gutenberg Research Chair at France’s Ecole Nationale d’Administration. He is a visiting professor in competition and intellectual property law at the Universities of Chile in Santiago, the University of Strasbourg and a fellow at the Australian National University’s Centre for Law & Economics and was an Emile Noel Fellow at New York University School of Law’s Jean Monnet Centre and a fellow at the Boalt Hall School of Law, University of California, Berkeley. He was also a visiting professor at the Faculty of Law of the University of Hong Kong in 2014. His primary research interest lies in European and comparative competition law & policy, economic evidence and the legal system, public policy (including impact assessments), utilities regulation, IP law, law and economics and sociology. Professor Lianos is a Non-Governmental Advisor at the International Competition Network since 2009, a research partner to UNCTAD in competition law and policy since 2010, and an elected member of the advisory board of the American Antitrust Institute since 2010. He is also a senior editor in many specialised journals in the competition policy field as well as the co-editor of the GLOBAL COMPETITION LAW & ECONOMICS series. He has published extensively books and articles in various languages and leading academic journals. His most recent publications include Competition Law: Analysis, Cases and Materials (OUP, 2019), Regulating Blockchain: Techno-Social and Legal Challenges (OUP, 2019), Reconciling Efficiency and Equity- A Global Challenge for Competition Law? (CUP, 2019), Brands, Competition and IP Law (CUP, 2015), Damages Actions for Competition Law Infringements (OUP, 2015), Competition and the State (SUP, 2014), the two volumes Handbook in European Competition Law (Edward Elgar, 2013), Competition Law and Development (SUP, 2013), The EU after the Treaty of Lisbon (CUP, 2012), Regulating Trade in Services in the EU and the WTO (CUP, 2012). In 2012 he was awarded the Philip Leverhulme prize for his seminal research on economic evidence. He is also a Laureat of the French Academy of Moral and Political Sciences (2005). Between 2014 and 2019 he was a member of the review college of the UK Arts and Humanities Research Council. he has advised a number of governments and companies on competition law, IP matters as well as better regulation (impact assessment, CBA).