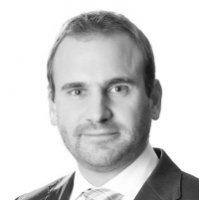 Jérémie Jourdan’s main areas of practice include EU and French competition law. He has represented several clients in investigations before the European Commission and EU Courts. For example, he has been representing French pharmaceutical company Servier in its appeal against the Commission decision in the Perindopril case before the Tribunal (T-691/14), which led to a partial annulment of the objections brought by the Commission under Article 101 and a full annulment of the objections brought under Article 102. He also successfully represented Toshiba in case T-104/13, in which the General Court partially annulled the Commission decision in the Cathode Ray Tube case (28 million euros fine reduction), and a French joint purchasing retail structure (INCA Achats) in its successful appeal against a Commission dawn raid decision, which was partially annulled by the General Court (T-254/17). Mr. Jourdan also routinely represents clients before the European Commission in Phase 1 and Phase 2 merger control reviews, including mostly recently Metso Corporation and Outotec in their merger in the area of mining machinery and Deutsche Telekom/Mobile in its acquisition of Tele 2 in the Netherlands. Between 2010 and 2012, Jérémie Jourdan worked as an adviser to the Competition Hearing Officers of the European Commission.