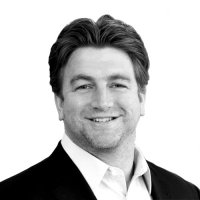 Joshua D. Wright is a Professor of Law at George Mason University School of Law and holds a courtesy appointment in the Department of Economics. From 2013 to 2015, he was one of the five Commissioners of the US Federal Trade Commission. Professor Wright was appointed in 2007 as the inaugural Scholar in Residence at the Federal Trade Commission Bureau of Competition, where he served until Fall 2008. Professor Wright was a Visiting Professor at the University of Texas School of Law and was a Visiting Fellow at the Searle Center at the Northwestern University School of Law during the 2008-09 academic year. He also regularly lectures on economics, empirical methods, and antitrust economics to state and federal judges through the George Mason University Law and Economics Center Judicial Education Program. He received both a J.D. and a Ph.D. in economics from UCLA, where he was managing editor of the UCLA Law Review, and a B.A. in economics with highest departmental honors at the University of California, San Diego. Before coming to George Mason University School of Law, Professor Wright clerked for the Honorable James V. Selna of the Central District of California and taught at the Pepperdine University Graduate School of Public Policy. Professor Wright’s areas of expertise include antitrust law and economics, consumer protection, empirical law and economics, intellectual property and the law and economics of contracts.