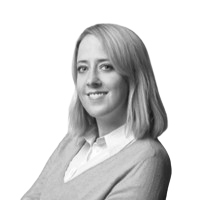 Julia Holtz is the Executive Director for Competition at Visa since 2017, based in London. Before that, Julia was Director of Competition at Google. Whilst at Google, she leaded a team of lawyers in London and Brussels who counsel on all competition law aspects of Google’s activities in EMEA, India and China. Major projects involved the acquisition of DoubleClick, Google’s involvement in the European Commission’ browser case against Microsoft, the merger approval of Motorola, and Google’s antitrust cases before the European Commission. Before joining Google, Julia practiced competition law in Brussels at Clifford Chance, predominantly merger control and abuse of dominance cases. She is a non-governmental advisor to the ICN for the United Kingdom, and holds classes at the College of Europe in Bruges. She is a member of the steering committee of the European Forum on Competition Litigation. Global Competition Review named her corporate counsel of the year 2012. Julia holds a law degree from Passau University, Germany, and a degree in law and cultural studies from the University of Aix-Marseile, France.