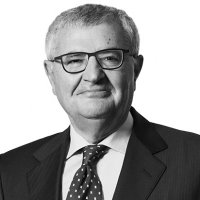 Mario Siragusa is Senior Counsel at Cleary Gottlieb Steen & Hamilton LLP, based in the Rome and Brussels offices. He focuses on corporate and commercial matters and specializes in EU and Italian competition law as well as complex commercial litigation. He appears frequently before the European Court of Justice, the General Court of the European Union, the Directorate General for Competition of the European Commission, as well as the Italian Antitrust Authority and Italian civil and administrative courts. He lectures regularly at conferences throughout the United States and Europe and has published numerous articles in U.S. and European legal journals. He is a professor at the College of Europe in Bruges and lectures at the Catholic University in Milan. He graduated with honors from the Law School of Rome University and received a Diploma of High European Studies from the College of Europe, Bruges, and an LL.M. from Harvard Law School. He is a member of the Commission on Law and Practices Relating to Competition of the International Chamber of Commerce in Paris. Mario joined the firm in 1973, became partner in 1980, and became senior counsel in 2018.