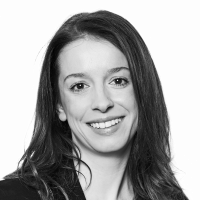 Marjolein De Backer practices in the areas of EU, UK and Belgian antitrust and competition law. She is pro bono adviser to the Fair Trade Advocacy Office (FTAO), and has assisted the FTAO to find solutions to allow competition law to foster rather than slow down sustainability initiatives. Ms. De Backer has significant experience advising clients on merger control, abuse of dominance, cartels, and state aid before the EU, UK, and Belgian authorities and courts. She also advises on patent licensing in the IoT sector as well as distribution questions in the pharmaceutical industry. Ms. De Backer has worked for multinationals across different sectors, including transport, energy and natural resources, IT and the digital sector. Ms. De Backer has also published numerous articles on privacy, data and the digital sector, as well as on the interplay between competition law and sustainability. And she is a core member of the Dechert Foreign Direct Investment team. Ms. De Backer is qualified in Brussels and New York. She has in recent years been named a “Rising Star: Competition & Antitrust” by Euromoney Legal Media Group and has been recognized as an “Associate to Watch” by Chambers Europe. Prior to joining Dechert, Ms. De Backer worked at other international law firms in Brussels, New York and London.