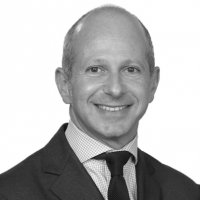 Nicholas Levy is a partner based in the Brussels and London offices of Cleary Gottlieb Steen & Hamilton. Mr. Levy’s practice focuses on EU and UK antitrust law. He has extensive experience in notifying mergers and joint ventures under the EU Merger Regulation, coordinating the notification of international transactions, and advising on all aspects of antitrust law, including anti-cartel enforcement, collaborative arrangements, vertical agreements and unilateral conduct. He has been involved in a number of leading Merger Regulation cases, including DuPont/ICI, Procter & Gamble/VP Schickedanz (II), Kimberly-Clark/Scott Paper, Coca-Cola Enterprises/Amalgamated Beverages GB, Blokker/Toys “R” US, Alcoa/Reynolds, General Electric/Honeywell, Sony/BMG, Inco/Falconbridge, Abbott Laboratories/Solvay Pharmaceuticals, Deutsche Börse/NYSE Euronext, UTC/Goodrich, Ryanair/Aer Lingus (III), Lafarge/Holcim, IMS Health/Quintiles, Johnson Controls/Tyco International, Abbott/St. Jude Medical, Sony/EMI Music Publishing. Mr. Levy is consistently recognized as one of the leading antitrust lawyers in Europe. He has written and spoken widely, and has authored a two-volume treatise entitled European Merger Control Law: A Guide to the Merger Regulation, published by LexisNexis. Mr. Levy joined Cleary Gottlieb in 1990 and became a partner in 1999. He is a graduate of Oxford University and the City University of London. He is a member of the Bar in England and Wales and in Brussels and a solicitor of the Senior Courts of England and Wales. His native language is English.