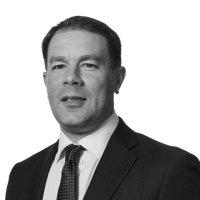 Paul Gilbert is a counsel based in the London office of Cleary Gottlieb. Mr. Gilbert’s practice focuses on EU and UK competition law, including merger control, anticompetitive agreements, abuse of dominance and sectoral regulation. He has represented clients before the European Commission, the UK Competition and Markets Authority (and its predecessors, the Office of Fair Trading and Competition Commission), as well as in litigation before the UK Competition Appeal Tribunal and Court of Appeal. Mr. Gilbert joined the firm in January 2011 and became counsel in January 2015. Before joining the firm he was Deputy Director of Competition Policy at the UK Office of Fair Trading. Mr. Gilbert graduated with first class honours from Trinity College, Oxford in 1997. He obtained post-graduate diplomas in law and legal practice from the College of Law in 2000 and 2001, both with distinction. Mr. Gilbert is a Solicitor of the Senior Courts of England and Wales.