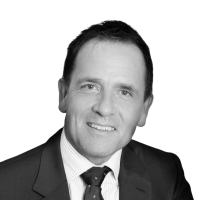 Philip is Deputy Chair of the Bank of England’s Enforcement Decision Making Committee, and case decisionmaker at the Financial Conduct Authority, Regulatory Decisions Committee; the Payment Systems Regulator and OFGEM. He is also Professor of Law and Economics at the College of Europe, Bruges. In 2018, the Chancellor appointed Philip to the Treasury’s Digital Competition Experts Panel, writing the ‘Furman Review: Unlocking Digital Competition’. In 2019 he was appointed to the government’s Open Finance Advisory Group, advising the FCA on how to extend Open Banking to other regulated sectors. In 2020, Philip was appointed Chairman of the charity, Lyra in Africa, which provides safe hostels and education to young women. For ten years, Philip held various government roles, first as member of the Board of the Office of Fair Trading, then as Inquiry Chair at the Competition and Markets Authority, where he decided on Phase II mergers, market investigations and antitrust cases.