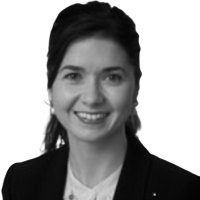 Dr Pinar Akman is a Professor of Law at the School of Law, University of Leeds. She is a Director at the Jean Monnet Centre of Excellence in Digital Governance funded by the European Commission. Previously, she was the Director of the Centre for Business Law and Practice at the University of Leeds (2017-2020). Prior to joining the University of Leeds, she was a Professor of Law at the ESRC Centre for Competition Policy and UEA Law School, University of East Anglia. She has degrees in law from the University of Ankara and the University of East Anglia. She is a qualified lawyer in Turkey and is an expert in EU and UK competition law and economics. She has published widely in peer-reviewed journals such as the Oxford Journal of Legal Studies and the Modern Law Review. She is the author of the sell-out monograph The Concept Abuse in EU Competition Law: Law and Economic Approaches (Hart Publishing, Oxford, 2012; reprinted, 2015). She is a Non-Governmental Advisor to the UK and to Turkey for the International Competition Network’s (ICN) Unilateral Conduct Working Group and Cartels Working Group, respectively. In 2017, Professor Akman was awarded a Philip Leverhulme Prize (£100,000) by the Leverhulme Trust to further her research into the application of competition law in digital, technology markets. In 2018, she was awarded a Women of Achievement Award by the University of Leeds.