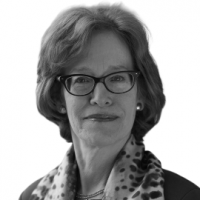 Rachel Brandenburger is a globally recognised expert in international antitrust and regulatory law and policy, working at the interface of government and business. She is a Visiting Research Fellow at the Institute of European and Comparative Law and a Visiting Law Fellow at St Hilda’s College, University of Oxford, where she created and teaches seminars on "The Global Dimension of Competition Law". She has also given guest lectures at Columbia University, King’s College, London, the London School of Economics, New York University, the University of East Anglia and the University of Hong Kong, and has authored many articles on international antitrust and regulatory law and policy. She is also a Senior Advisor & Foreign Legal Consultant to Hogan Lovells US LLP, based in New York, a former Special Advisor, International to the Antitrust Division of the U.S. Department of Justice, based in Washington, D.C. (2010-2013), and a former partner in Freshfields Bruckhaus Deringer LLP, based in Brussels and London (1988-2009). Rachel is a Non-Governmental Advisor to the International Competition Network (European Commission, 2013-2019; UK Competition and Markets Authority, 2020-), a member of the Advisory Board of the American Antitrust Institute, the American Bar Association’s Antitrust Law Section’s International Comments and Policy Committee and the Executive Committee of the New York State Bar Association’s Antitrust, and a co-editor of Oxford University Press’ Journal of Antitrust Enforcement. She has an M.A. (first class honors) in Jurisprudence from the University of Oxford, is admitted as a solicitor in England & Wales, and is licensed as a foreign legal consultant in New York.