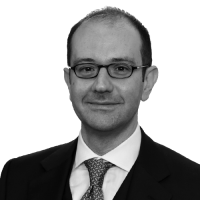 Renato Nazzini is Professor of Law at King’s College London and a partner of LMS Legal, London. He is an expert in antitrust, regulated sectors, state aid, and European Union law as well as international arbitration and dispute resolution. He researched and published widely on substantive and procedural competition law and policy, including, in particular, three fully authored books: Competition Enforcement and Procedure (Oxford, OUP 2016), The Foundations of European Union Competition Law: The Objective and Principles of Article 102 (Oxford, OUP 2011) and Concurrent Proceedings in Competition Law: Procedure, Evidence and Remedies (Oxford, OUP 2004). As a dually qualified practitioner, Renato focuses on cartels, abuses of a dominant position, vertical agreements, mergers, litigation, arbitration and ADR in the EU, Italy, the UK and globally. He is a non-governmental adviser (NGA) to the International Competition Network (ICN) and a member of the ICC Arbitration Commission (Italy). Prior to moving to academia and private practice, Renato was Deputy Director of Legal and Policy at the UK Competition Authority (currently the Competition and Markets Authority) where he led on major areas of enforcement and policy, including financial services, damages actions in competition law, and the review of the policy on abuse of dominance under Article 102 TFEU.