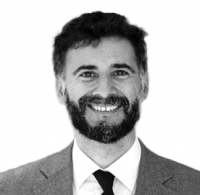 Ruben Maximiano is a Senior Competition Expert at the OECD and a lecturer at Lille Catholic University, where he teaches EU competition law. At the OECD, Mr. Maximiano is Regional Manager for Asia Pacific Region in the Competition Division of the OECD, where he runs the OECD side of the Competition Programme of the OECD Korea Policy Centre. He also co-ordinates the competition work on Covid-19. Before joining the OECD, Mr. Maximiano worked at the European Commission for nearly 5 years, having worked mostly on merger control in a number of sectors and been a part of the Financial Crisis Task Force where he worked on state aid in the banking. Prior to that he worked at the Portuguese Competition Authority where he was Senior Legal Advisor and as a Lawyer in Vieira de Almeida & Associados in Lisbon, Portugal in the Competition Law and Telecoms regulation field. He is admitted to the Portuguese Bar. Mr. Maximiano received an LL.M. in European Law from the College of Europe.