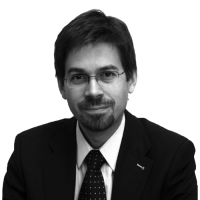 Currently Director of the Centre for Competition Policy and Professor of Competition Policy at Norwich Business School, Sean Ennis focuses on economic analysis for competition law and policy, building on extensive experience in government bodies. Previously, he was a Senior Economist in the Competition Division of the OECD. For two years, he was Executive Director of the Competition Commission of Mauritius, where he was the chief executive in charge of running Mauritius’ independent competition authority. At the OECD he developed and led the development and application of the OECD’s Competition Assessment Toolkit, a general method for reviewing regulations from a competition perspective. Prior to that, he worked as an economist at the European Commission’s DG Competition and at the U.S. Department of Justice’s Antitrust Division, developing economic analyses for competition law investigations. Sean has published research studies and reports and provided capacity building related to a broad range of business activities (including digitalisation, communications, health care, financial and professional services). These studies or statements have been submitted to or published by economics journals and organisations such as the G20, the European Parliament, the OECD and the World Bank. He has written, co-authored or overseen reports for regulatory and government agencies in Australia, Greece, Mexico, Peru, Romania, the United Kingdom and the United States. Sean has been involved in competition law and regulatory proceedings including with the European Commission, the U.S. Department of Justice and the U.S. Federal Communications Commission. Sean Ennis received a BA (Hons) in Economics from King’s College, Cambridge and a PhD in Economics from the University of California at Berkeley.