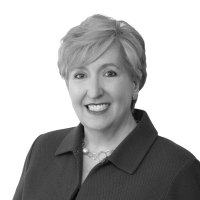 Sharis has extensive experience in both government and private practice. Over the course of her career, Sharis has held senior positions at GE, the U.S. Department of Justice, the U.S. Federal Trade Commission and two major law firms based in New York and Washington, D.C. Prior to joining Clifford Chance, Sharis was the Vice President of Global Competition Law and Policy at GE, where she was responsible for merger clearance on numerous significant, transformational deals, steering global antitrust investigations to positive conclusions, antitrust compliance and other related issues. While working at a major New York-based law firm, Sharis was a partner and a leader in their antitrust and competition practice, where she advised clients on a broad spectrum of antitrust issues related to mergers and acquisitions, litigation, criminal investigations and counseling across national and multinational industries, including technology and telecommunications, health care and pharmaceutical, energy, financial services, transportation and agriculture. Sharis is one of the few antitrust practitioners who has served in high-level positions at both the U.S. Department of Justice and the U.S. Federal Trade Commission. While serving as acting assistant attorney general at the U.S. Department of Justice, Sharis led many high-profile matters and worked extensively with leaders of international antitrust authorities. She also oversaw several criminal antitrust matters. Prior to working at the U.S. Department of Justice, Sharis was a partner at a major Washington, D.C.-based firm, where she served as a director of the firm’s Antitrust Group. Her practice focused on antitrust issues and trade regulation across a broad spectrum of industries.