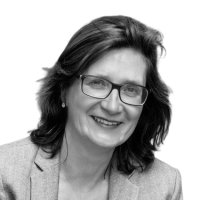 Ms Heinz advises clients on all aspects of EU and German competition law, including merger control, cooperation among competitors, cartel proceedings, distribution, dominance, compliance and litigation. She has expertise in various industries, such as aerospace, automotive, media, chemical products, consumer goods, energy, IT & telecoms, medical devices and pharmaceuticals. Ms Heinz in particular advises on antitrust aspects of digital platform across industries, including online distribution and abuse of dominance. She represented a complainant in the FCO’s abuse proceedings against Amazon, and advises clients against other digital gatekeepers, including under the new German competition law rules on companies with paramount cross-market significance. She has worked on a broad range of merger cases, both at EU and national level. Ms Heinz has litigated in German and European courts, including the preliminary ruling to the European Court of Justice in Pfleiderer and referral proceedings on SEP/FRAND litigation between Nokia and Daimler, as well as cartel and merger decision appeals and civil litigation. She has profound experience with cartel proceedings, including internal investigations, dawn raids, leniency applications and settlements. She has worked on many EU and German cartel cases in various sectors. She also advises on follow-on damages claims.