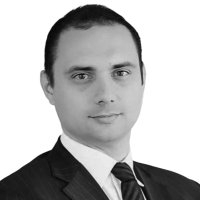 Stéphane Dionnet joined McDermott Will & Emery’s Brussels office in November 2022 as Partner. He used to work Skadden’s Brussels office since September 2006. Mr. Dionnet is a qualified lawyer and a member of the Brussels bar, and his practice focuses on European Union and international competition law. He has assisted clients in numerous cartel investigations, in particular with respect to leniency applications before the European Commission and other international competition agencies, as well as corporate investigations relating to cartels. Mr. Dionnet has worked with clients from a diverse range of industries including consumer products, energy, entertainment, financial services, pharmaceuticals, retail and telecommunications. Prior to joining Skadden, Mr. Dionnet worked for three years within the “Merger Network” of the European Commission’s Directorate-General for Competition. He was case-handler in high-profile transactions in various industries including pharmaceuticals (Sanofi-Synthélabo/Aventis), entertainment (Sony/BMG), medical devices (Johnson & Johnson/Guidant), software (Microsoft/Time Warner/ContentGuard JV) and freight (CIMC/Burg). He also participated in “dawn raids” conducted by the European Commission in the context of cartel cases. Mr. Dionnet is a native French speaker and is fluent in English.