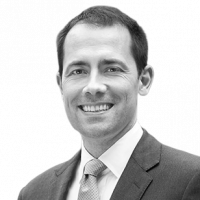 Scott Hemphill is the Moses H. Grossman Professor of Law at NYU School of Law and co-director of the Engelberg Center on Innovation Law and Policy. He teaches and writes about antitrust and intellectual property. His scholarship ranges broadly, from drug patents to digital platforms to the use of trademark law to thwart competition. His most recent work examines the anticompetitive acquisition of startups by dominant firms in the technology sector and probes how institutional investors might weaken competition among their portfolio companies. Hemphill’s scholarship on tactics to delay the marketing of inexpensive generic drugs has been widely cited by the US Supreme Court and other courts. His writing has appeared in leading law reviews and peer-reviewed journals of economics, science, and law, and he has testified before the US Congress about mergers and proposals to incentivize new drug development, among other matters. Hemphill received a PhD in economics and a JD from Stanford, where he was a Nathan Abbott Scholar, graduating first in his law school class. He also holds an AB from Harvard and an MSc in economics from the London School of Economics, where he studied as a Fulbright Scholar. Hemphill clerked for Judge Richard Posner and Supreme Court Justice Antonin Scalia. On public service leave from academia, he served as antitrust bureau chief for the New York Attorney General. Hemphill joined NYU from Columbia University, where he was a professor of law.