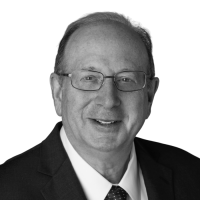 Daniel F. Spulber is the Elinor Hobbs Distinguished Professor of International Business and Professor of Strategy at the Kellogg School of Management, Northwestern University, where he has taught since 1990. He is also Professor of Law (Courtesy) at the Northwestern University Pritzker School of Law. Spulber received his Ph.D. in economics in 1979 and his M.A. in economics in 1976 from Northwestern University and his B.A. in economics in 1974 from the University of Michigan. Spulber has taught at Brown University, the University of Southern California, and Cal Tech. Spulber served as the Research Director of the Northwestern University Center on Law, Business, and Economics at the Pritzker School of Law. He also served as the founding Director of Kellogg’s International Business & Markets Program. Spulber is the founding editor of the Journal of Economics & Management Strategy, Wiley. He is the author of fourteen books including The Case for Patents, World Scientific Publishing, 2021. Spulber has published numerous articles in leading economics journals and law reviews. Spulber’s economics expert witness consulting experience is in Antitrust, Platforms and Two-Sided Markets, Intellectual Property, Technology and Innovation, and Industrial Organization. Spulber has provided expert witness testimony before the Federal Trade Commission (FTC), the International Trade Commission (ITC), the Federal Communications Commission (FCC), the Federal Energy Regulatory Commission (FERC), the Postal Rate Commission, and state regulatory agencies including the Illinois Commerce Commission (ICC), the California Public Utilities Commission (CPUC), the Indiana Utility Regulatory Commission, the Washington Utilities and Transportation Commission, and the Wisconsin Public Service Commission. Spulber provided expert testimony before the Superior Court for the State of California for the County of Los Angeles, the U.S. District Court for the Western District of Texas, and the U.S. District Court for the District of Columbia. Spulber’s research has been cited by the Supreme Court of the United States.