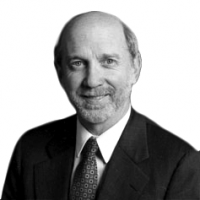 Prof. Daniel L. Rubinfeld is Robert L. Bridges Professor of Law and Professor of Economics Emeritus at the University of California, Berkeley and Professor of Law at NYU. He served from June 1997 through December 1998 as chief economist and Deputy Assistant Attorney General for Antitrust in the U.S. Department of Justice. Dan is the author of a variety of articles relating to antitrust and competition policy, law and economics, and public economics, as well as two textbooks, Microeconomics, and Econometric Models and Economic Forecasts. He has consulted for private parties and for a range of public agencies including the Federal Trade Commission, the Antitrust Division of the Department of Justice, and various State Attorneys General. He has been a fellow at the National Bureau of Economic Research (NBER), the Center for Advanced Studies in the Behavioral Sciences, and the John Simon Guggenheim Foundation. Professor Rubinfeld teaches courses in antitrust and law and statistics (co-taught with Judge Katherine Forrest), and is a member of the American Academy of Arts and Sciences and a research fellow at NBER. He is a past President of the American Law and Economics Association.