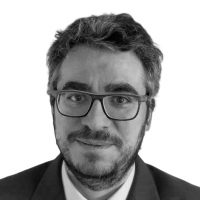 Dimos Dakanalis is acting as Oracle’s Chief Antitrust Counsel and has over 15 years of experience advising on competition law, especially in relation to the tech sector. Prior to Oracle, Dimos worked for international law firm Clifford Chance in Brussels and London until 2012. He is advising Oracle on mergers and acquisitions, distribution and licensing, competition compliance and antitrust investigations by competition authorities worldwide. He has represented Oracle on its most important acquisitions in the last 15 years (including Oracle/Siebel, Oracle/BEA, Oracle/Sun and Oracle/Netsuite) and in the Microsoft antitrust cases before the European Commission and the European courts. Dimos holds a BA Hons. in Jurisprudence, a BCL in European and Comparative Law and an MPhil in Competition Law from Oxford University.