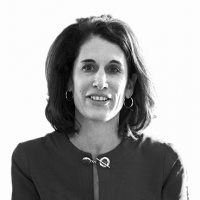 Dr. Eliana Garcés is a Director in the Economic Policy group at Facebook. She has a long experience in antitrust and regulatory issues in both the public and private sectors. She started her public career as a member of the Competition Chief Economist Team at the European Commission and later served in the Cabinet of European Commission Vice President for Competition Joaquin Almunia. Dr. Garcés also served as Deputy Chief Economist in the European Commission’s Directorate General for Internal Market and Industry where she worked on European industrial competitiveness. From 2016 to 2017, she was a Visiting Senior Fellow at George Mason University, where she taught and researched regulatory aspects of digital innovation both in the United States and Europe. She was a Principal at The Brattle Group until she joined Facebook in 2019. She holds a Ph.D. in Economics from University of California, Los Angeles, a Master’s degree in European Economic Integration from the College of Europe (Bruges), and a Licenciatura in Economics from Universidad Autónoma (Madrid).