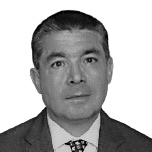 Jean-François Laborde specializes in assessing damages caused by infringements of competition law. As head of Laborde Advisory, he is often serving as a party-appointed expert, in France and abroad. He is also an economic and financial expert for the Paris Court of Appeal ("expert près la Cour d’appel de Paris"), for the Paris and Versailles Administrative Courts of Appeal, for the Belgian Federal Ministry of Justice, and for the Superior Court of Justice of Grand Duchy of Luxembourg. Formerly a strategy consultant (Roland Berger, Monitor Deloitte), Jean-François Laborde graduated from Essec Business School, the IMD MBA and Insead. His working languages are English and French.