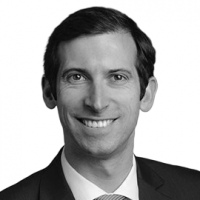 Adrien Cervera-Jackson is an Associate Director in NERA’s Antitrust and Competition Practice in London. He has advised clients on competition and regulatory matters across a range of sectors, with a focus on competition enforcement and litigation, merger reviews and UK market studies/investigations. He has over 15 years of experience in the application of economics to competition policy and regulation, with specific expertise in analysing economic issues in the broadcasting and telecoms sectors. Adrien joined NERA from Ofcom, the UK communications regulator, where he was a Principal Economic Advisor focusing on the regulation of the BBC’s impact on competition and Ofcom’s wider regulation of public service broadcasting in the UK. Before that, he worked as an economic consultant in London for ten years. Adrien has supported clients on merger control cases before the European Commission and Federal Trade Commission, as well as the French, Scandinavian, Polish, and South African competition authorities. He has also advised clients in the context of antitrust investigations and court proceedings involving allegations of anticompetitive agreements and abuse of dominance in the UK, France, Canada, Turkey and Mauritius. In addition, Adrien has worked on antitrust and commercial damages cases and regulatory appeals in France, the UK and Ireland, as well as providing regulatory advice to clients in the broadcasting sector in several jurisdictions. Adrien holds a BSc in Economics from University College London, an MSc in Economics from the London School of Economics and a Postgraduate Diploma in EC Competition Law from King’s College London. He has written articles on competition and regulatory issues in the telecoms and media sectors and spoken on dominance issues at conferences and seminars.