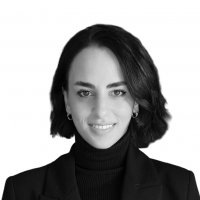 Ms. Berfu Akgun is a Counsel at ELIG Gürkaynak Attorneys-at-Law. Berfu graduated from Bilkent University, Faculty of Law in 2013. She was admitted to the Ankara Bar in 2014 and later on transferred to Istanbul Bar. She obtained her LL.M. degree in City University of London in 2015 and same year joined ELIG Gürkaynak Attorneys- at-Law. Berfu is experienced in all competition law related matters in general, including merger and acquisition and investigations conducted by the Turkish Competition Authority. Berfu has represented various multinational and national companies in various sectors before the Turkish Competition Authority. She also co-authored several articles pertaining to her area of expertise. She is fluent in English.