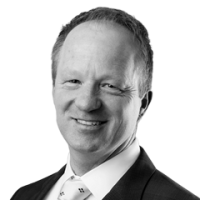 Christopher Knittel is the George P. Shultz Professor and a Professor of Applied Economics at the MIT Sloan School of Management. He is also the director of MIT’s Center for Environmental and Energy Policy Research. Prior to MIT Sloan, Knittel taught at the University of California, Davis, and at Boston University. His research focuses on industrial organization, environmental economics, and applied econometrics. His research has appeared in The American Economic Review, The Journal of Political Economy, The Review of Economics and Statistics, The Rand Journal of Economics, The Energy Journal, and other academic journals. He also is a Research Associate at the National Bureau of Economic Research in the Productivity, Industrial Organization, and Energy and Environmental Economics groups and co-directs the Energy and Environmental Economics group. Knittel holds a BA in economics and political science from California State University, Stanislaus; an MA in economics from the University of California, Davis; and a PhD in economics from the University of California, Berkeley.