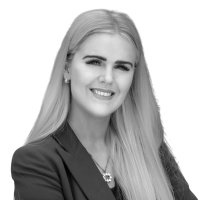 Highly ambitious and performance-driven Icelandic lawyer. Diljá has received numerous awards for academic excellence and published seven peer-reviewed articles (including in Oxford Business Law and Trinity College Law Reviews); as well as being awarded the highest GPA in the history of her master’s programme; represented Iceland in the Philip C. Jessup International Law Moot Court Competition international rounds in Washington D.C.; youngest Assistant Professor in the history of an Icelandic university; won the Matheson Commercial Law Prize 2020 and named in the Icelandic “40 under 40” list of young leaders. Diljá is also a member of the British-Icelandic Chamber of Commerce and Iceland’s contributor to the World Bank’s “Women, Business and the Law” reports.

Diljá Helgadóttir is an associate in the London office of Milbank and a member of the firm’s European Leveraged Finance/Capital Markets Group.