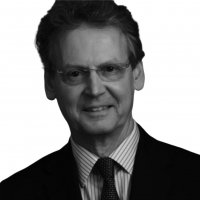 Eric’s long experience of working in the institutions of the European Union, bringing and presenting cases to the WTO and other international bodies, contributes an additional perspective to problem solving that is particularly valuable. Eric works closely with the Herbert Smith Freehills’ global network of offices, and his work focuses on WTO law and the EU’s rules governing trade with non-EU countries, including the future relationship between the UK and the EU. Prior to joining Herbert Smith Freehills Eric was a member of the European Commission’s Legal Service between 1985 and 2016, during part of which time he led the Trade Policy and WTO team. He routinely represented the European Commission in cases before the General Court and the European Court of Justice, and the European Union in WTO dispute settlement proceedings. He also participated in and advised on the negotiation of various international agreements involving the European Union.