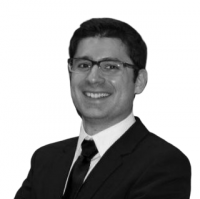 Garry A. Gabison is a Senior Lecturer at the Centre for Commercial Law Studies, Queen Mary University of London. Garry joined CCLS as a Lecturer in 2018 from the Georgia Institute of Technology. He joined the Institute for Global Law, Economics and Finance group which focuses on Law, Economics and Finance issues. At Georgia Tech, Garry taught economics and public policy at the School of Public Policy and the School of Economics. He created and taught seminars on Innovation Policy. Before Georgia Tech, he worked at the Joint Research Centre (JRC), a Directorate General of the European Commission. At the JRC, Garry investigated issues related to the Information and Communications Technology sector. He focused on the financing of start-ups and investigating how to overcome the “Valley of Death”. Before that, he worked for the American Antitrust Institute, a non-profit think tank promoting competition. Garry earned his B.A. and J.D. from the University of Virginia and his M.A., M.Phil. and Ph.D. in Economics from Yale University. He is licensed to practice law in Virginia and the District of Columbia. He has published in journals in Europe and in the United States.