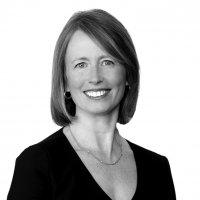 Kathleen originally joined Clearly Gottlieb in 2005 and became counsel in 2014. In 2015, she joined the U.S. Department of Justice. Most recently, she was Assistant Chief of the DOJ Antitrust Division’s International Section. In that capacity, she served as deputy chief handling the Antitrust Division’s international relations. She was responsible for presenting the enforcement views in international settings and within U.S. agencies. Kathleen also advised case teams on issues affecting cooperation with foreign antitrust enforcers, provided guidance to leadership on competition issues arising abroad affecting the United States. She supervised the Antitrust Division’s technical assistance program and trade involvement, including leading the negotiations of competition chapters in the U.S.-Mexico-Canada Agreement and in the Transatlantic Trade and Investment Partnership. Kathleen served as lead negotiator for the division’s initiative to increase international convergence on basic principles of due process. Between 2015 and 2018, she was International Counsel in the DOJ’s Antitrust Division and led the Justice Department’s relationship with Canadian, Australian, and New Zealand antitrust authorities and worked extensively on matters involving China. She also worked on the revision of DOJ-FTC International Enforcement and Cooperation Guidelines.