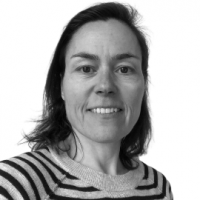 Kati Cseres is an Associate Professor of Law at the Amsterdam Centre for European Law and Governance (ACELG), University of Amsterdam. She is a Senior Fellow of the Amsterdam Center for Law & Economics (ACLE) and the academic coordinator for the Master programme ’ European Competition Law and Regulation’. She is editor of the Journal Legal Issues of Economic Integration. Kati has been Non-governmental adviser to the Netherlands Authority for Consumers and Markets (ACM) between 2014 and 2020. In 2018 she was working as Distinguished Guest Fellow at the Hungarian Academy of Sciences, Budapest. Her project was titled ’Consumers in public services markets in the EU and Hungary’. She is an external research fellow at the Center for Social Sciences, Hungarian Academy of Sciences Centre of Excellence, Budapest. For 2022, she was selected as a Non-Resident Research Fellow, at the Institute for Consumer Antitrust Studies, Loyola University Chicago. Kati has considerable experience in training national judges in EU competition law, consumer law and EU state aid law (Re-Jus project and the EEUStAID project ’Building Central and Eastern European judicial capacities for the enforcement of EU State aid law’). Kati’s research expertise lies in (EU) competition law, consumer law and sector regulation, most notably energy law. She investigates how legal rules, formal and informal institutions of consumer law, sector regulation and competition laws are connected (or disconnected) and reinforced (or undermined) in the design and oversight of markets. Her research agenda focuses on fundamental transformations in societies and economies that disrupt prevailing models of economic law enforcement. Her recent works focused on the role of consumers in the energy transition, Consumer Social Responsibility in Dutch Law and the implications of rule of law backsliding for the enforcement of EU competition law.