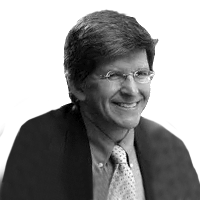 Luke Froeb is holder of the William C. Oehmig Chair of Free Enterprise and Entrepreneurship at Vanderbilt’s Owen Graduate School of Management. He was previously the Deputy Assistant Attorney General for Economics, of the U.S. Department of Justice’s Antitrust Division. Professor Froeb served as Chief Economist at the Federal Trade Commission from 2003-2005, where he managed over a hundred civil servants dedicated to tearing down barriers to competition, and enforcing the consumer protection and antitrust laws of the United States. He failed to accomplish his goal of getting fired from his job, although he came close, judging by the hostility his work provoked. In addition, he made it out of DC without having to buy a second suit. After teaching management for over a decade, he discovered that there is a lot more to it than what he teaches in class. His mea culpa was sent out to all his former students. Also, after reading hundreds of documents submitted by merging companies to the FTC, Froeb wrote: “If Merger is the Answer, What is the Question?,” berating CEO’s for poorly documenting the reasons for merger. For the second year in a row, Professor Froeb was named “Outstanding Professor” of the Vanderbilt Executive MBA program, an honor that he shared with his colleague and mentor, David Scheffman. Froeb’s book, Managerial Economics: A Problem Solving Approach, will be published by Southwestern in 2007.