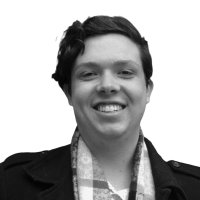 Liam is a law student at McGill University’s Faculty of Law in Montréal, Canada. Prior to his legal studies, Liam completed a Bachelor of Commerce at the University of Ottawa, and followed Masters’ courses at KEDGE Business School in Bordeaux, France. Liam’s research interests include competition law, tax law, administrative law, constitutional law, language rights, and the intersection of law and democracy.

Liam’s interest in competition law stems primarily from his four years working at the Competition Bureau of Canada. While at the Bureau, Liam worked in the International Affairs Directorate, the Cartels Directorate, and in the Policy and Advocacy units.

Upon graduating, Liam will be undertaking a traineeship at the Court of Justice of the European Union in the chambers of Judge David Petrlík, beginning in March of 2023, and then a judicial law clerkship at the Federal Court of Canada for the Honourable Justice Denis Gascon, Member and former Chairperson of the Competition Tribunal of Canada, beginning in August of 2023.