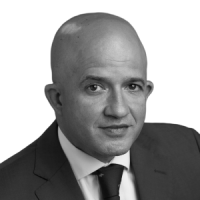 Luis Blanquez is an international antitrust and competition law attorney with 15 years of experience at the European Commission and major international law firms in the European Union (Brussels, Madrid and London). Before moving to the United States in 2016, Luis served with the Merger Task Force, Directorate-General for Competition of the European Commission in Brussels, (DG Comp), where he investigated and analyzed proposed mergers including: Oracle/Peoplesoft, Banco Santander/Abbey, and EDP/GDP/ENI. From there he spent ten years with international law firms in the EU, representing clients in cartel and other competition-law related investigations, merger control proceedings, as well as general competition law advice and compliance. Luis’ earlier European experience also includes training at the Directorate General of Information Society of the European Commission in Brussels, where he was actively involved in the drafting process of the Regulatory Framework of Electronic Communications Networks and Services (i.e. the Framework, Authorization, Access and Interconnection Directives, User’s Right’s Directive, Data Protection Directive and Unbundled Local Loop Regulation); and the “Leonardo da Vinci” European program––where he supported French legal chambers and judges as a junior attorney working in several local French law firms in Nantes. In 2016, Luis joined Bona Law PC in San Diego, California. He received his license to practice as a US attorney from the California Bar in 2018. Since joining Bona law in 2016, Luis has prosecuted and defended clients in antitrust actions in federal and state courts, including the defense of a Japanese capacitor manufacturer against class action antitrust claims (In re Capacitors Antitrust Litigation).