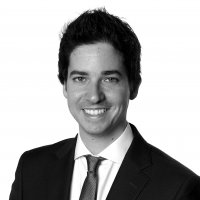 Professor Miguel Verdeguer is member of the Lawyers’ and Economists’ Bar Associations in Spain. He holds an international Ph.D. with a distinction “Cum Laude” in the twofold doctoral program of EU Law and Economics from CEU San Pablo University (Madrid, Spain) where he was mentored by Professor Jerónimo Maillo. He partially developed his Ph.D. at Fordham University (New York, USA) where he was mentored by Professor Barry Hawk. His doctoral dissertation was supported by Cambridge University Library (Cambridge, UK). Specialized in Competition Law and European Union public policies, Professor Verdeguer has a vast academic background from a variety of renowned institutions, such as King’s College of London (London, UK), Brussels School of Competition (Brussels, Belgium), College of Diplomacy (Madrid, Spain), Instituto de Estudios Bursátiles (Madrid, Spain), amongst others. In addition to his working experience as Antitrust practitioner, he also worked on the side of the enforcer as stagiaire at the European Commission. He previously worked at the Delegation of Valencia in Brussels as EU Public Affairs Manager. Nowadays, in addition to advising undertakings on Competition law issues, Professor Verdeguer lectures on Antitrust, EU Law and EU Economics at CEU San Pablo University (Madrid, Spain), and EDEM Business School (Valencia, Spain). He is also member of the Advisory Council of Sushant University (Ansal, India) where he advises on the promotion of Global Governance of Competition Law. Professor Verdeguer is the author of the book: “Non-controlling minority shareholdings under EU Competition Law”.