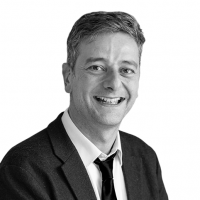 Nicola Countouris joined UCL Laws in 2009 and was promoted to a Professorship in 2015. Before joining UCL he had taught law at the Universities of Reading, LSE, and Oxford, where he also obtained his DPhil under the supervision of Professor Mark Freedland. He has acted as an independent expert for the International Labour Office and on a number of European Commission projects, and has been a Visiting Professor at the Universities of Bologna, Pompeu Fabra, Nantes, and Seinan Gakuin. Nicola’s main research interests are in Labour Law, UK, international, and comparative EU Law, Social Security Law, and Public Law. He is currently working on a number of projects ranging from the impact of the ongoing economic crisis on (European and UK) labour and social law, to the relationship between free trade and labour standards, to the role of G. A. Cohen’s work in the analysis of labour relations. He is currently writing a monograph seeking to offer a novel and critical understanding of the integration and fragmentation dynamics affecting European Labour Law, and remains committed to the study and understanding of the law of the contract of employment.