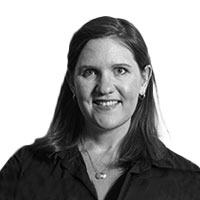 Rebecca Kelly Slaughter was sworn in as a Federal Trade Commissioner on May 2, 2018. Prior to joining the Commission, she served as Chief Counsel to Senator Charles Schumer of New York, the Democratic Leader. A native New Yorker, she advised Leader Schumer on legal, competition, telecom, privacy, consumer protection, and intellectual property matters, among other issues. Prior to joining Senator Schumer’s office, Ms. Slaughter was an associate in the D.C. office of Sidley Austin LLP. Ms. Slaughter received her B.A. in Anthropology magna cum laude from Yale University. She received her J.D. from Yale Law School, where she served as an editor on the Yale Law Journal.