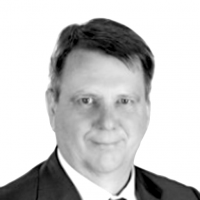 Robert D. Anderson is Honorary Professor in the School of Law at the University of Nottingham (UK) and is on the part-time external faculty of the International Master’s Program in Public Procurement Management of the University of Rome Tor Vergata. He has separately lectured in post-graduate programs of universities in Lyon, France; in Belgrade, Serbia; in Barcelona, Spain; and in Bern, Switzerland. Until March 2019, he was Counsellor and Team Leader for Government Procurement and Competition Policy in the Intellectual Property, Government Procurement and Competition Division of the World Trade Organization (WTO) in Geneva, Switzerland, where he worked for more than 20 years. Prior to joining the WTO in 1997, Mr Anderson held various senior positions in the national competition agency of Canada (the "Competition Bureau"). Mr Anderson holds a J.D. (Juris Doctor) from Osgoode Hall Law School, York University (Toronto); a Bachelor of Arts with Honors in Economics from the University of British Columbia; and an Executive Certificate in Economic Development from the John F. Kennedy School of Government, Harvard University.