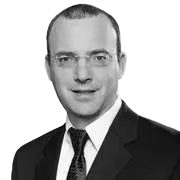 Sharon Hannes is a Professor of Law and the Dean of the Faculty. He previously served as the Academic Director of the Cegla Center for Interdisciplinary Research of the Law (the largest legal research center in Israel) and was also the Editor in Chief of the journal Theoretical Inquiries in Law. During the years 2004-2014 he was the Academic Director of the Tel-Aviv - Berkeley Executive LL.M. Program in Commercial Law, a joint program of Tel-Aviv University and U.C. Berkeley. Professor Hannes received his S.J.D. in Corporate and Financial Law from Harvard Law School, where he was the recipient of the Byse Fellowship (2001). He completed his LL.M. in Corporate Law at NYU School of Law, where he was a Hauser Global Scholar. Prof. Hannes is a TAU alumnus. In 1997 he received his LLB degree in Law and a BA degree in Accounting. Professor Hannes was a Visiting Professor in the Fall of 2003, and during 2008-2009 at Northwestern University School of Law, during the Fall of 2011 and 2016 at Columbia Law School, and during the fall of 2014 at Georgetown. His research interests include Corporate Law Policy and Corporate Finance, Managers Remuneration and Incentive Pay, Corporate Control Contests, Securities Regulation, Law & Economics.