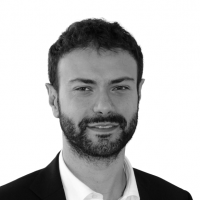 Professor Valerio De Stefano joined Osgoode Law School in January 2022 as Associate Professor of Law. From 2017 to 2021, he was the BOF-ZAP Research Professor of Labour Law at the Institute for Labour Law and the Faculty of Law of the University of Leuven (KU Leuven) in Belgium. Valerio De Stefano read law at Bocconi University in Milan, Italy, where he obtained a master’s degree in 2006 and later received his doctoral degree (2011). At Bocconi University, he also served as a postdoctoral researcher between 2011 and 2014, while also being a part-time associate in an international law firm. From 2014 to 2017, he worked as an officer of the International Labour Office, in Geneva. During the course of his career, he was a visiting academic at the University College London (UCL), a postdoctoral member of Clare Hall College at the University of Cambridge (2013), a Distinguished Speaker for Spring 2018 at the “William C. Wefel Center for Employment Law” at Saint Louis University Law School (2018), and a Senior Fellow (Melbourne Law Masters) at the University of Melbourne (2019).