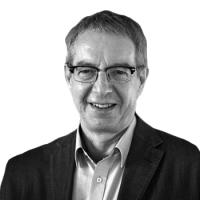 After receiving his Ph.D. in Economics 1988 at the University Erlangen-Nürnberg, he was Director of the Walter-Eucken-Institut in Freiburg (1991-1995), and Professor of Economics at the Ruhr-University Bochum (1995-1997). Since 1997 he has been Professor of Economics at the University of Marburg. He was twice Vice-Dean and Dean of the School of Business Administration and Economics (2002-2005, 2010-2013). He was Visiting Fellow / Scholar at George Mason University (Fairfax, USA; 1992), University of Illinois (Urbana-Champaign, USA; 1999), University College London (2014) and University of California (Irvine, USA; 2017), Visiting Fellow (2006, 2014) and Fernand Braudel Senior Fellow (2009) at the Law Department of the European University Institute (Florence, Italy), and Hauser Global Fellow (2007) and Senior Global Research Fellow (2010) at New York University Law School (New York, USA). His current main fields of research are (1) Multi-level legal systems, (de)centralisation, and regulatory competition (EU, global governance), (2) Rule-oriented competition law and methodology of the law, (3) Competition policy, esp. in regard to innovation, and intellectual property rights, and, most recently, (4) Regulatory questions in regard to the digital economy (esp. data governance, competition, privacy, and interoperability).