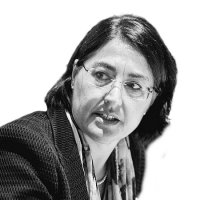 Dominique joined ABB in May 2008 and since March 2020 holds the position of Chief Counsel Litigation & Non-Core. Previously she held the position of Senior Vice President – Head Antitrust Center of Excellence. Prior to joining ABB, she worked for two years for Shell as Legal Antitrust Counsel, where she was based in London (The United Kingdom) and The Hague (The Netherlands). Prior to that, she worked for 11 years as antitrust lawyer for Skadden, Arps, Slate, Meagher & Flom LLP and a leading Dutch law firm. Dominique is a graduate of the University of Leiden (The Netherlands) and holds an LL.M. degree of the University of Saarbrücken (Germany).